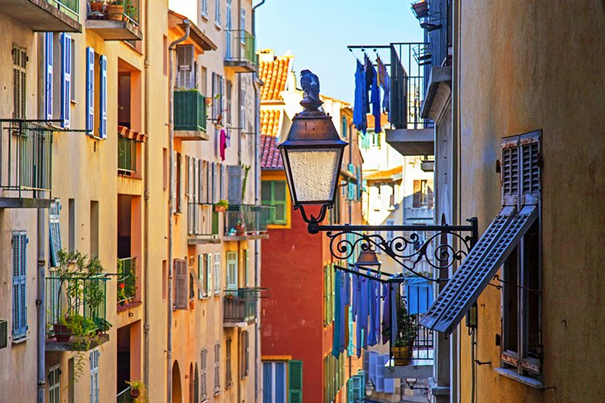 Your green trip to Rome

You want to visit Rome? You have come to the right blog post. Rome is one of the most Cultural cities in the world, from great Italian cuisine to one of the most historically packed cities in the word and don’t forget about the nightlife. This blog is all about what do to in Rome, what to see in Rome and how you can get to Rome as ecologically friendly as possible all within different budgets.

Green travel forms
So you want to get to Rome, But you don’t want to pollute the planet? We will tell you all about the many ways you can travel to Rome as ecologically friendly as possible. There are many forms of transportations, the first form travel would be flight. Flying might be the least ecological friendly forms of travel, but if you are from some places in the world there is simply no other way to visit Rome. Luckily many International airlines offer you a solution to this problem, here is how it works: You pay the price for your ticket like you usually do for a flight but on top of the normal price you pay a small percentage so your Co2 gets compensated by the airline company. It may cost you a little extra, but you are compensating for your flight. If you want to look some GREEN flights up on the internet the best website to do it is flygrin.com. FLygrn helps you to find the best tickets for the best prices and most importantly flights that will compensate Co2. So, if you must take a plane be wise and compensate your flight.

The Second form of transportation to Rome is by taking a train.
By taking a train from a central location more people can board this train which decreases the individual Co2 pollution. By taking a train instead of a flight you will travel upwards from seven to eleven times greener than taking a plane. Also, by taking a train instead of a plane you will help reduce the greenhouse effect op to 4 times as much. So, we highly recommend if possible, to take train instead of a flight. If you want to take a train near you can visit thetrainline.com to look for a train near you at affordable prices.
The third and final form of transportation we will be discussing is transportation by bus. The benefits of taking a bus is mostly the accessibility of a bus. There are lots of different bus companies that will travel international, so the accessibility is there. Taking a bus is also environmentally better than taking a plane. Just like the train a bus has the same benefit of reducing the Co2 per traveller.
if you want to find a bus near that will go to Rome you can visit busbud.com for affordable and cheap bus prices.
To sum this all up. The most environmentally friendly ways to travel to Rome is by taking the bus and train. If there is no other way to travel to Rome than by flight, be sure to compensate your flight.

What to do in the beautiful ancient city of Rome.

It is one of the oldest cities in the world, and one of the most popular holiday destinations in Europe. The city of Rome has one of the richest histories on earth and has been a centre of culture and politics ever since its founding in the 8th century B.C., when according to the legend, the city was founded after the feud between Romulus and Remus over who would control the city. There is too much to see and do in the city on just one trip, but here are some of Rome’s most popular and beautiful tourist activities.

Colosseum
Who doesn’t know the Colosseum? This ancient amphitheatre is the largest ancient amphitheatre ever built, and it is estimated the theatre could hold up to 80,000 spectators, ranking among the biggest football stadiums nowadays when looking at raw spectator count. The building was used for entertainment purposes, like gladiator tournaments and animal hunts, or venatio, which used all sorts of exotic animals imported from Africa and the Middle East.

Vatican
While not officially part of Rome because it is its own country, one should not forget to visit the Vatican, where you can visit the St. Peter’s Square and Basilica. These pose as possibly the most important locations of the Catholic church and have magnificent artwork in them. Also, in the Vatican is the Sistine Chapel, with its stunning roof which was painted by Michelangelo. Whenever a pope dies or resigns, a new pope is chosen by the cardinals in this chapel, which makes it extremely important to the Catholic church.

Fountains
Rome is also notable for its fountains, having over 2000 of them, more than any other city in the world. The most well-known examples include the Trevi Fountain, the most popular depicting Oceanus dashing forward as he directs the water. The Fontana delle Tartarughe, or Turtle Fountain, is hidden away, but is popular because of its beauty and the legend of the fountain having been constructed in only one day.

The food in Rome
Lastly, who doesn’t like Italian food? There are almost 14,000 restaurants in the city, each of them having a unique menu that is bound to satisfy your hunger during or after a long day of sightseeing in the beautiful city. Iconic foods such as pizza, lasagne, or pasta are served basically everywhere, and who can leave Rome without eating some delicious gelato, or drinking a freshly made caffè?

To conclude, there are too many things to do and see in Rome, so one should not try to fit everything in one trip, but rather spread the activities out over multiple trips, to experience what the real Rome is like, filled with its architecture, culture, fountains, cuisine and inhabitants. If you get the chance, be sure to visit the city, because its inhabitants will welcome you with open arms into their beautiful home.

When you are in the capital of Italy, Rome, you need to create some time to party. Because there are many options you can go through.
For every age is something to do, think of the breath-taking clubs, theatres or restaurants.
We from StudentTrippin will highlight some of the best entertainment occasions for you!

Let’s start off with some restaurants. When in Rome, you don’t have to search for a restaurant, because they are on every corner of the street. Many, many, many of them are very good. The pizza and pasta just taste different in Italy and is the best in the world. But of course, there is a top of the food chain.

Trattoria Monti is a very local place to eat and is a good representation of tradition of the Italian dish.
Besides the good menu, they also offer vegetarian food of very good quality. All this for a very affordable price!
For the best pizza’s in town you need to check out; Dar Poeta. Even the citizens around Rome travel to town for their amazing pizza. The myth goes it is because of the secret dough.
And finally; Primo, the place where all the wine fanciers go. With a product range of 250 different wines, this is the place to kick off your nightlife.

Nightlife
Now let’s check out the other possibilities in Rome. One thing is good to know, you’ve got the time to eat extensively because the nightlife doesn’t start before 11 PM.
But when you finish your dish and you’re ready for some good drinks, you can start at Compo de Fiori, a big square in the city where there are many bars to pick up your first drink. Every night of the week is this place alive.

After a good drink in the city you can go to one of the many clubs in Rome. Let’s start off with the Piper Club, which takes you back in time and impresses you with live music from the 70’s, 80’s and 90’s. But on Saturday it is a very modern club with the music of today!
Lanificio 159 is a place where you can spend hours. Build in an old fabric and with a full day filling program. At daytime there is space for many workshops such as painting and making music. While in the nighttime it acts as a lively club.
A very international well-known place in Rome is the Goa Club. This is the place where the best DJ’s of the world put on their show. But you’ve got to have some energy, because all the know in this place is techno and house.
If you are more of the alternative music Gregory’s Jazz Club may be an option for you! Where they put on live performances that takes you back to the jazz era. A very classy club and approved by many whiskey lovers, with more than 75 sorts of whiskey.

And these are only a few of the many options in Rome, but you can absolutely say, enough choice for everyone! 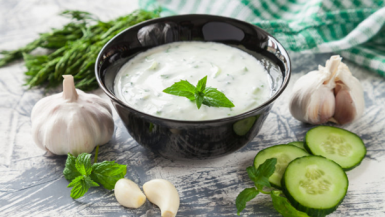