Roadtrip in United States of America

A road trip is on the bucket list of many people, especially a roadtrip in the United States of America. Here roadtrippers mainly choose the beautiful west coast, but the united states have even more beautiful cities to visit. We start in the Sunshine state of Florida in “The Magic City”, Miami.

The White Coast of Miami

One of the main reasons to visit Miami is that you can find everything you need for a relaxing vacation, extensive beaches, the beautiful blue sea and of course plenty of sunshine. Miami Beach is the place to be in recent years, so there is plenty to do on the beaches, there are various sports facilities, you will find many cafes, many famous stars, many discotheques and clubs. And if you like shopping, you can’t beat yourself up. In Miami you can see many influences from Cuba, for example in Miami Little Havanna you can find several coffee shops and stores. If you want to get away from the city, you should visit Everglades National Park. In the Everglades you will find swamps, crocodiles and Indians.

Key west, the Bahamas of the USA

Key West is the southernmost tip of the United States. This cozy town has a tropical climate and you reach via Highway 1 this highway is 165.6 miles long and it looks like you are driving through the sea. This highway takes you south from Miami across a series of islands, the Keys, until you can’t go any further.

By car, it takes about four hours to drive the stretch of Miami -> Key West. The town has a small airport so you can reach it on a domestic flight. At 19 km2 live about 23,000 people. It is not cheap to spend the night there. For a hostel you have to go deep into your pocket. Yet it is worth to stay right here, because the town is populated by birds of paradise and is very charming with the many wooden houses in all colors of the rainbow.

Key West is also called the Bahamas of the USA, you will find even whiter beaches 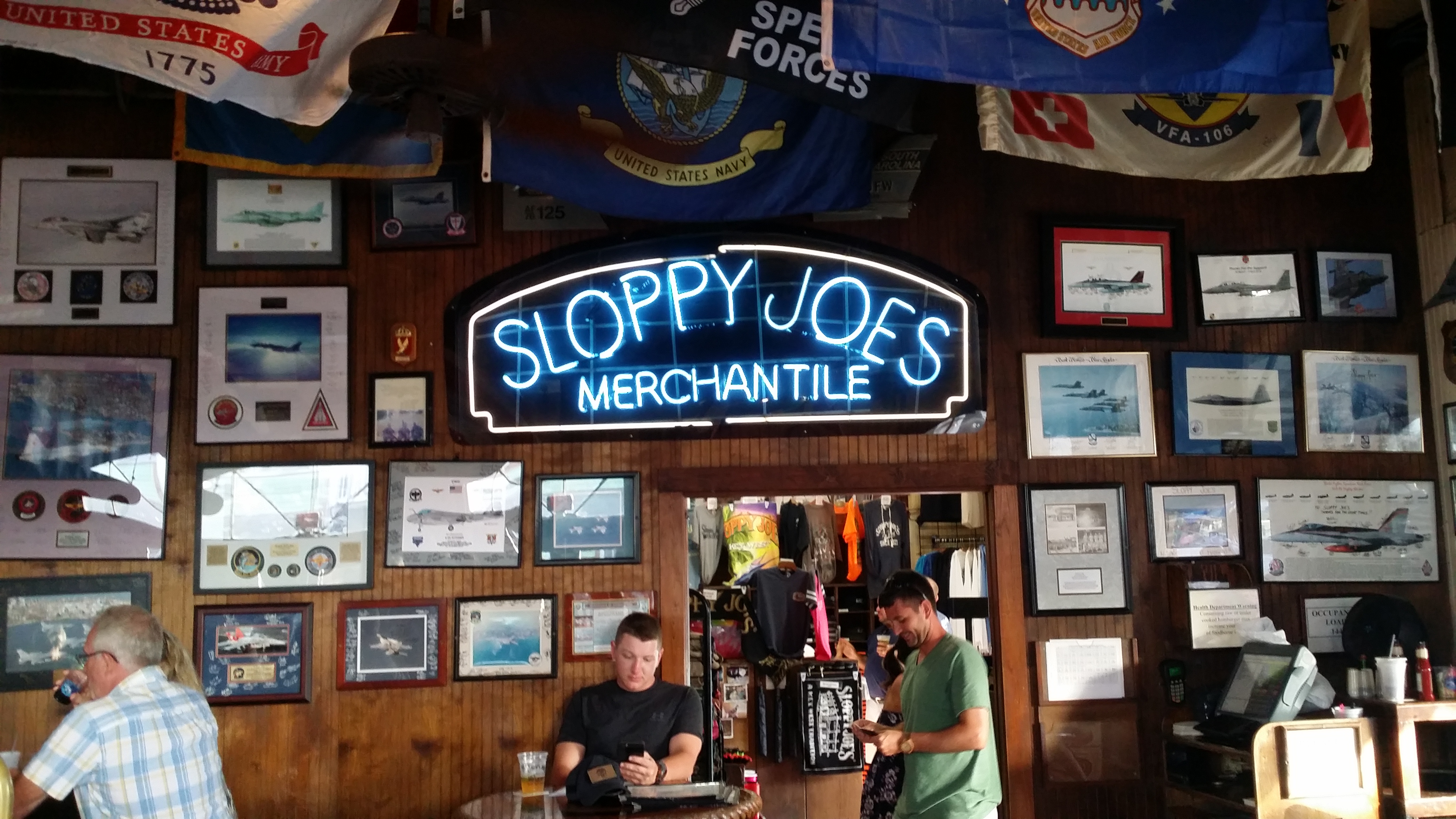 here than in Miami. You can enjoy the pearl white beaches with a delicious mojito or pina colada and at the end of the day there is nothing better to enjoy the sunset in the sea. Furthermore, you can dive beautifully in several places and it is also possible to go deep sea fishing, after a day on the water it is recommended to eat at Sloppy Joe’s bar.

The road to New Orleans

From Key West it is a beautiful trip along the coast of the Gulf of Mexico to New Orleans. Here I advise you to stop in Destin, Florida, where you can rent a pontoon boat for a day to recover from your trip on a bay in the Gulf of Mexico. Crab Island, this is a sandbank in Destin Bay where you should definitely take your pontoon boat. This is the place to be to drop anchor and enjoy the atmosphere. This is where all the boats come to from the bay. There are floating bars on the water where also good American burgers are made and there is music and sun, what more could you want? If you are hungry after a day of sailing and an American citizen, take a look at the harbor. Here you’ll find McGuire’s Irish Pub of Destin, this Irish pub is full of dollar bills from guests who hung them during their stay. The insurance company can’t insure the property because there are over 1.9 million dollar bills hanging on the wall and ceiling. You really must have been here! 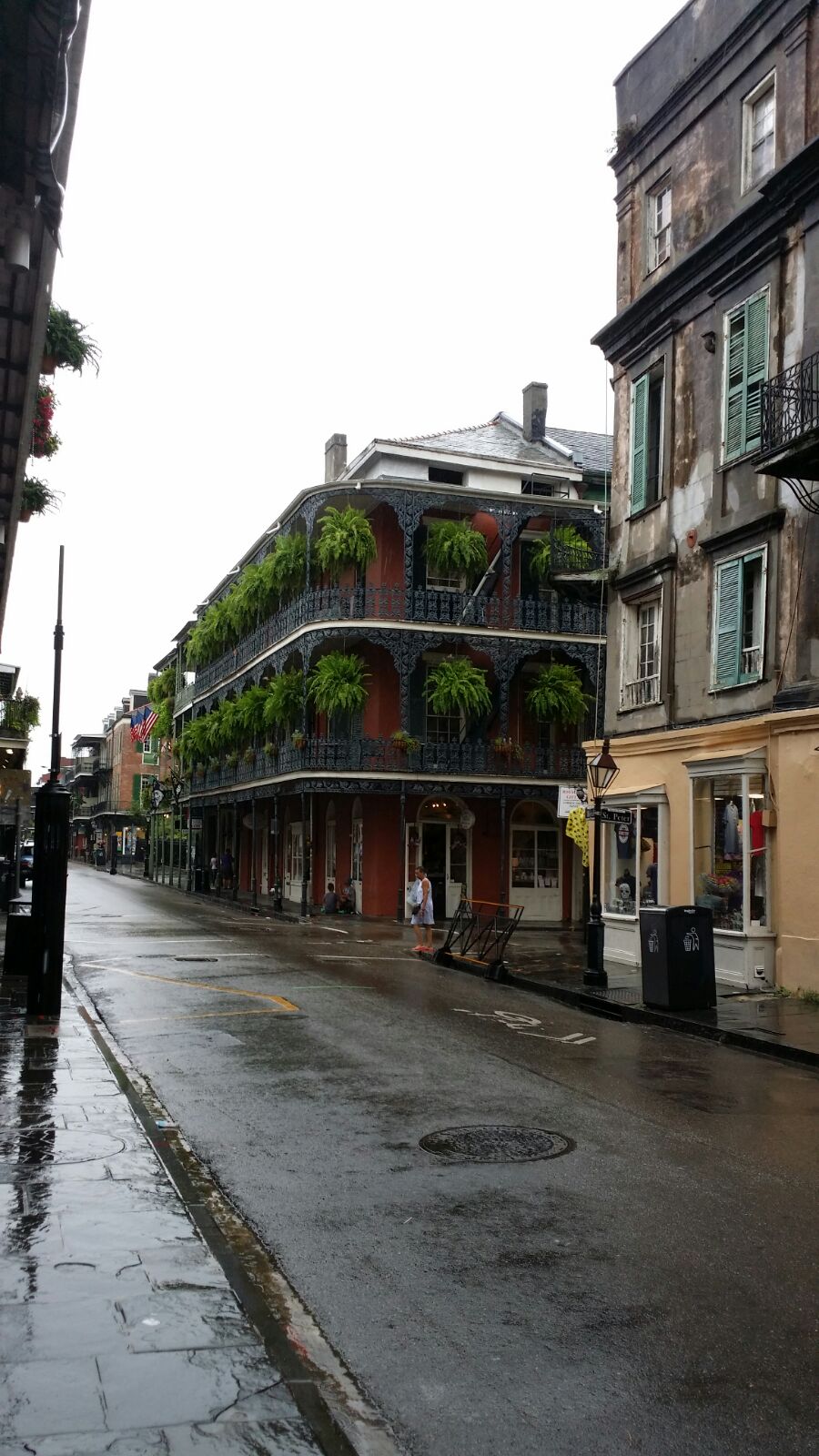 New Orleans is the birthplace of Jazz, one of the larger festivals is the New Orleans Jazz & Heritage Festival, often abbreviated to Jazz Fest. The ten-day festival, which offers a stage for big names and local artists of all musical genres, takes place annually from late April to early May. But this is not the only festival held in New Orleans. New Orleans is known all over the world for Mardi Gras, or “Lent”: the last day of carnival and 47 days before Easter. With over 54 parades, 588 fanfares and an average of 135,000 revellers, Mardi Gras is the biggest celebration of The Big Easy. The holiday coincides with Lent in the Netherlands, between 3 February and 9 March, and is dominated by large parades with costumes, parade cars and lots of music. In the week before Mardi Gras there are also many events and parades.

Memphis, The City of The Blues

Memphis is known for two legendary individuals, civil rights activist Martin Luther King and superstar Elvis Presley, who both left their mark on ‘The River City’. In addition, the city along the Mississippi River is the cradle of blues music, a genre well represented on historic Beale Street. Soul and Rock-‘n-roll are also regularly heard here.

Just off Beale Street, at 706 Union Ave, is the Sun Studio. Here, greats artist like Elvis Presley, Johnny Cash and Jerry Lee Lewis recorded their hits. Although the small building doesn’t look very promising from the outside, music lovers will be delighted to step out again. In the early 50’s Sam Phillips started recording blues records in Sun Studio by Howlin’ Wolf, BB King and Ike Turner, among others. Later rock artists like Jerry Lee Lewis, Johnny Cash, Roy Orbison and none other than Elvis Presley followed. You can take a tour of the small studio. In about forty minutes, lively anecdotes are fired at you as you listen to original recordings. From Sun Studio there is a free shuttle bus to Graceland, Elvis Presley’s estate about fifteen kilometers south of downtown Memphis. The glorious and villa offers a unique glimpse into the life of the King of Rock ‘n Roll. Elvis. There are several guided tours available, where in addition to Elvis’ private plane and cars, you can also view fake waterfall, yellow vinyl walls and exhibits. There is a music room and a room full of prizes, gold records and costumes. You’ll end the tour at the Meditation Garden, where The King and his family are buried. The tours are not cheap, but according to many travelers absolutely worth it. Reserve your tickets in time. There’s a free shuttle bus to the museum from Sun Studio. You’ll be swinging towards the estate thanks to the Elvis music you’ll hear along the way. 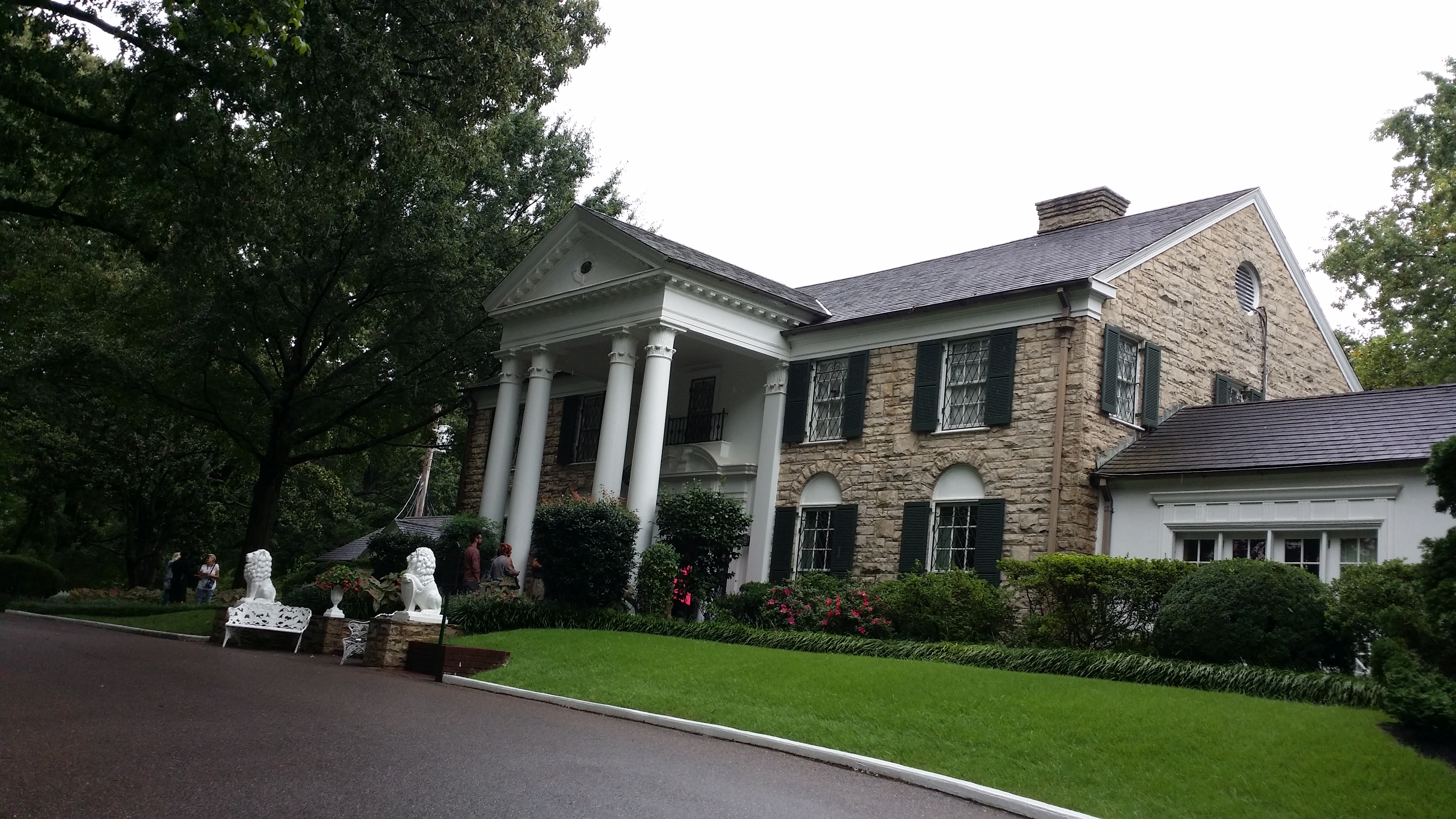 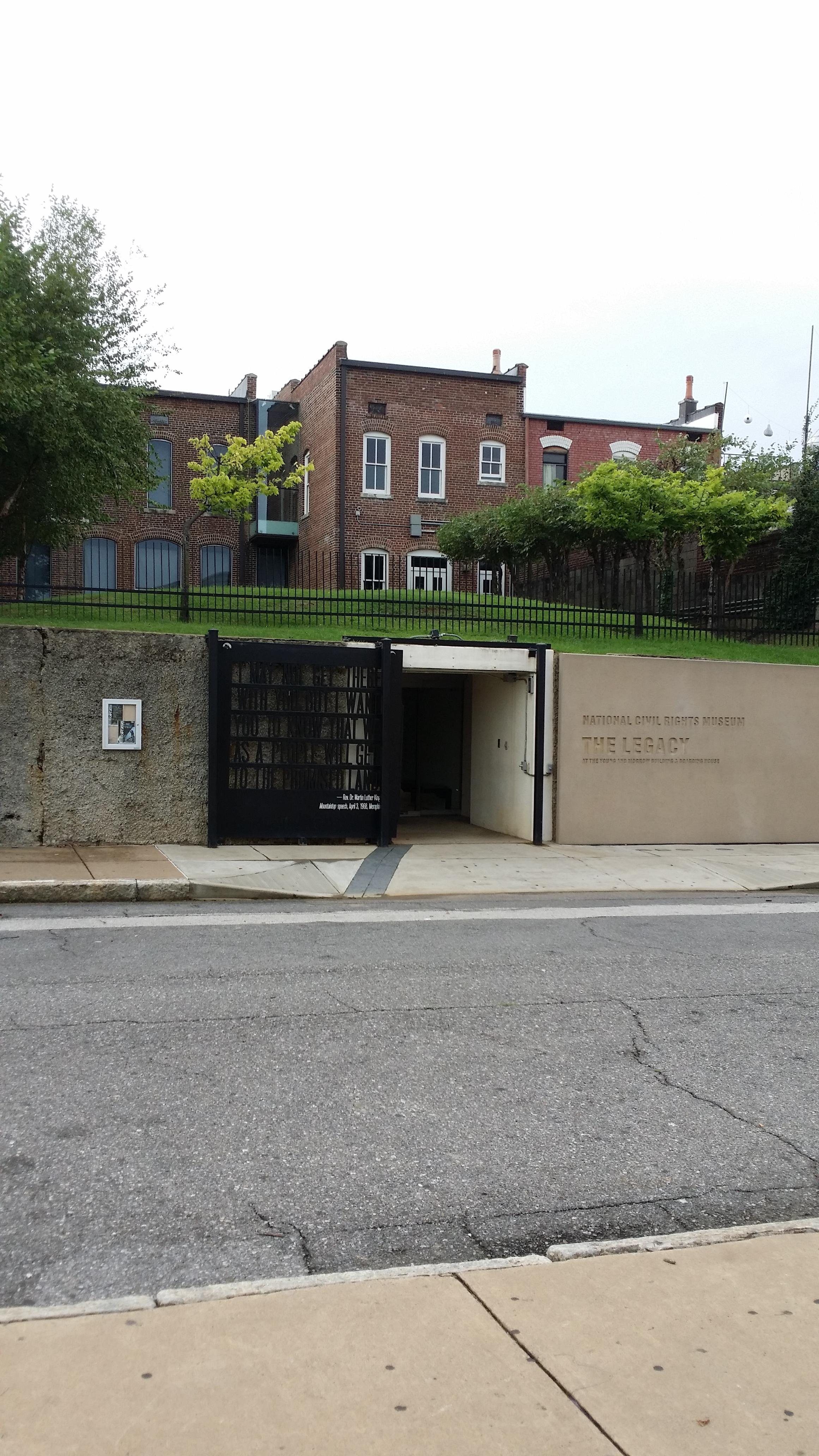 In addition to The King of Rock-‘n-Roll, another King left his mark on Memphis,

human rights fighter Martin Luther King Jr. The National Civil Rights Museum recounts the heartbreaking struggle of African-Americans for freedom and equal rights. This is one of the most impressive places I have ever been. It’s here that it really becomes clear how badly the black

community suffers from racism and oppression in America. Part of the exhibition are photographs, artifacts and the Lorraine Motel, where Martin Luther King was shot and killed on April 4, 1968. The clock seems to have stopped ticking: the coffee cup is full, as is the ashtray. Outside, on the balcony of King’s room, hangs a wreath. Underneath are two old cars: a Chevrolet and a Dodge. If you look outside between the tiles, you can follow the track that the fatal bullet took. The track leads back to the bathroom of James Earl Ray, who probably fired the shot.

Nashville, the capital of country music.

Since Nashville is known for its music, a visit to the Country Music Hall of Fame and Museum should not be missed. Here you will find background information on how the city got its status, the most popular place for aspiring country stars. Whether you like the old-school musicians of America or you like the most recent music. Any music fan should not miss the Country Music Hall of Fame & Museum. There are also regular exhibitions about Elvis, Bob Dylan, and many more musicians. In the evening, be sure to get a taste of the atmosphere on Broadway, here you will find a live band in every pub, in some pubs even on every floor. 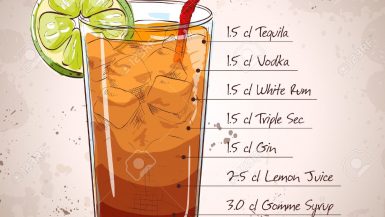